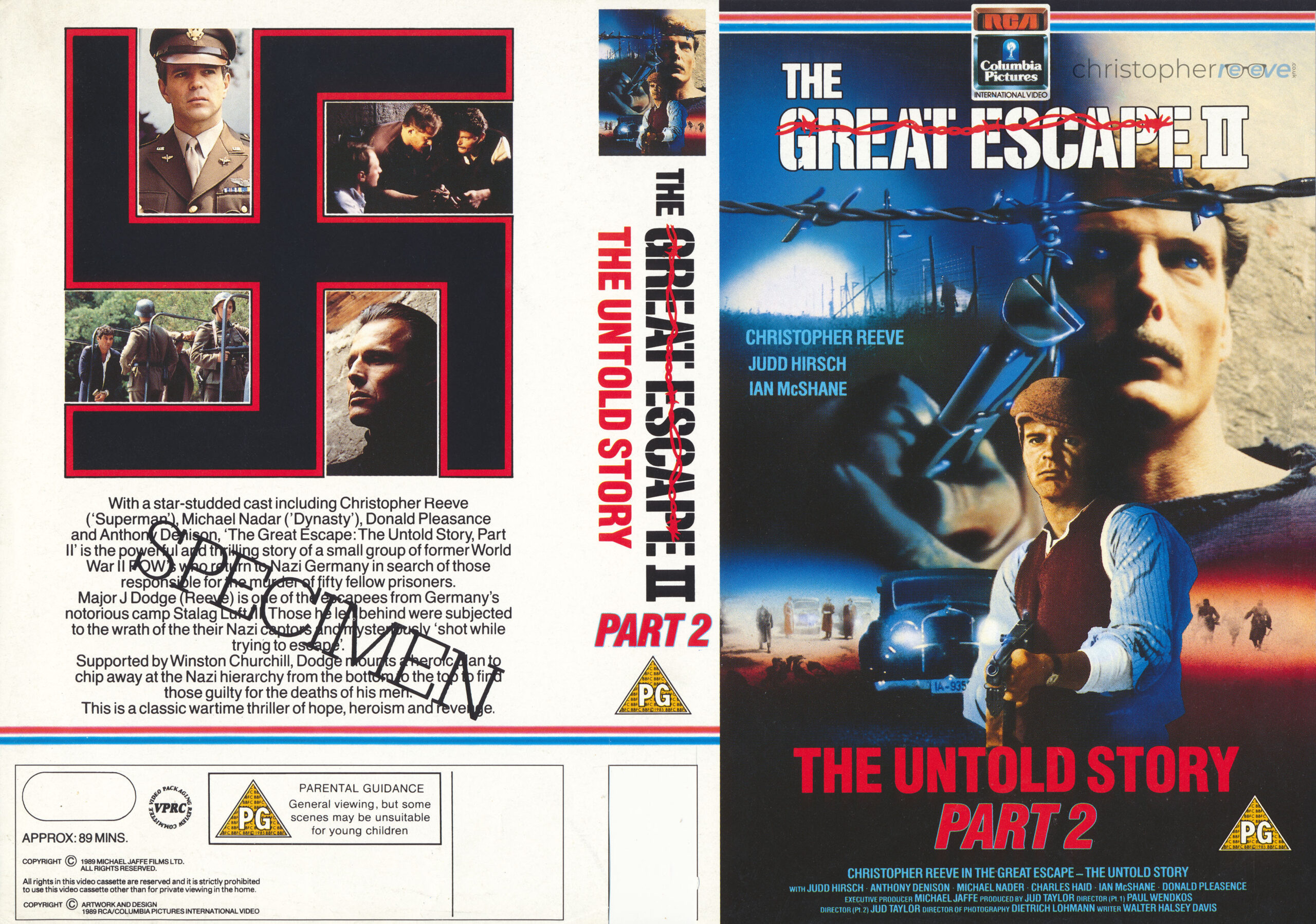 With a star-studded cast including Christopher Reeve (‘Superman’), Michael Nadar (‘Dynasty’), Donald Pleasance and Anthony Denison, ‘The Great Escape: The Untold Story, Part II’ is the powerful and thrilling story of a small group of former World War II POW’s who return to Nazi Germany in search of those responsible for the murder of fifty fellow prisoners.

Major J Dodge (Reeve) is one of the escapees from Germany’s notorious camp Stalag Luft. Those he left behind were subjected to the wrath of their Nazi captors and mysteriously ‘shot while trying to escape’

Supported by Winston Churchill, Dodge mounts a heroic plan to chip away at the Nazi hierarchy from the bottom to the top to find those guilty for the deaths of his men.

This is a classic wartime thriller of hope, heroism, and revenge.